Is text the only medium for board papers? 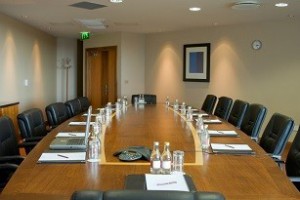 Why aren’t companies using the full capabilities of the online medium for board papers?

Most companies I know who are using iPads or laptops in the boardroom are still sticking to text. They have taken the same board paper format as in the past, converted the documents into PDFs and loaded them into whatever board paper app they are using.

Podcasts and videos in the board pack?

Board paper apps (e.g. BoardPad and Boardbooks) are surely capable of hosting much more than the written word. Companies could be using other formats, such as podcasts and videos, to cater for the different ways that people absorb information.

And such formats would help people who know their subject matter, but just don’t write well. (I deliberately chose ‘don’t’ rather than ‘can’t’ because I believe everyone can write well if they choose to learn how.)

For poor writers, an interview with a skilled interviewer may be less confronting than a blank page. Maybe an interview would not replace a board paper, but it could supplement it by clarifying and expanding on key points.

The interviewer would need to be well briefed about the topic, but not necessarily a subject-matter expert. Being an expert might be a disadvantage because they could make the same assumptions as the writer about the board’s prior knowledge.

Videos could be useful for companies, such as tourism or property, who want to show the board what places and buildings look like.

They could also be useful for presenting graphs, tables and charts that would benefit from explanations. Too often in written documents, writers insert graphs and charts and provide no commentary.